In our Newsletter of November 20191, we reviewed key competition law cases in the pharmaceutical industry following the European Commission’s (“Commission”) 2009 sector inquiry, including decisions concerning excessive pricing. At a national level, in particular in Italy and the UK, competition authorities remain active in enforcing excessive pricing in the pharma-ceutical industry. The Commission’s recent decision published in April 2021 approving the commitments offered by Aspen makes it clear that excessive pricing continues to be a hot topic on the enforcement agenda.2

In United Brands3, the landmark EU case of 1978 concerning excessive pricing, the Court of Justice established that a price charged by a dominant company can be unlawfully excessive under Art. 102(a) TFEU where it bears no reasonable relation to the economic value of the product supplied. The Court of Justice explained that this excess can, among other methods, be determined by a two-limb cumulative test: (1) the profits are excessive (e.g. by comparing the selling price and the cost of production), and (2) the price is unfair either “in itself” or when compared to competing products. Since then, there have been several cases at both EU and national levels in which prices were considered to be unfairly high.

In September 2016, following a two-year investigation, the Italian competition authority (“ICA”) imposed a fine of approximately €5 million on the South African pharmaceutical company Aspen for abusing its dominant position by charging excessive and unjustified price increases.4 The ICA found that, following Aspen’s insistence on delisting its oncological drugs – at the time solely distributed by Aspen in Italy and irreplaceable for the treatment of certain cancer patients – from the list of reimbursable medicines (i.e. so as to allow Aspen to freely price such drugs) as well as Aspen’s threats to withdraw such drugs from the market and deliberate shortages of supply, the Italian Medicines Agency was led to agree to extremely high price increases ranging from 300% to 1500%. On appeal, the last instance judgment of March 2020 confirmed the ICA’s unfairness assessment based on the two-limb test: (1) Aspen’s prices were, according to two different methodologies, above its production costs, and (2) Aspen’s prices were unfair due to the lack of a plausible justification for the discrepancy between its costs and revenues.5

At the end of 2016, the UK Competition and Markets Authority (“CMA”) also imposed fines totaling £89.4 million on Pfizer and Flynn for charging excessive and unfairly high prices for their anti-epilepsy drug.6 On appeal, the case was sent back to the CMA to reconsider the application of the United Brands two-limb test and a new decision is still pending.7

The ICA’s 2016 fining decision led the Commission to continue pursuing the investigation against Aspen at an European Economic Area (“EEA”)-level, its first excessive pricing case in the pharmaceutical industry. In May 2017, the Commission formally opened an investigation into Aspen’s pricing practices in the EEA (except Italy) regarding six critical off-patent cancer medicines used in the treatment of leukemia and other hematological cancers. Such medicines had been acquired by Aspen from the originator GlaxoSmithKline in 2009 and are mostly sold under the brand names Alkeran, Lanvis, Leukeran, Myleran and Purinethol.

In its preliminary assessment adopted on 19 June 2020, the Commission expressed its concerns that Aspen may have abused its dominant position in the EEA pursuant to Art. 102(a) TFEU by imposing unfair prices in the form of excessive price increases from May 2012 onwards. In particular, the Commission found – based, among others, on internal communication – that Aspen devised and systematically applied a detailed pan-European strategy to implement high price increases and overcome resistance of ministries of health, health systems or pricing and reimbursement authorities. Special consideration was given to the fact that patients and health systems were completely dependent on Aspen’s medicines and that such strategy could only be implemented as in most cases patients and doctors had no suitable substitutes, making them vulnerable to exploitation.

Moreover, the Commission found that Aspen exploited this lack of competitive pressure and went as far as threatening to unilaterally de-list – and, in certain Member States, such as Spain, actually de-listed – the respective drugs from the national list of reimbursable medicines (i.e. entailing the loss of their reimbursement status) as well as threatening to withdraw the drugs from normal supply in the market (i.e. making patient access more difficult). The Commission also found – again based on internal emails as well as on a presentation – that Aspen’s strategy included a three-phase process of strategically sequencing price increases across the EEA with the aim of defeating the effectiveness of “external reference pricing systems” (i.e. pricing schemes incorporated in national regimes with references to the prices in other countries) and avoiding parallel trade. Aspen initiated the price increases in Germany, as under German law Aspen was free to unilaterally set new, increased list prices for the drugs, and at the time 17 Member States actually used the official German list prices as reference in their external reference pricing system. Additionally, Aspen’s strategy was complemented by a stock allocation system consisting of allocating quotas and withholding deliveries in some Member States.

The Commission’s starting point when applying the United Brands two-limb test was to look at Aspen’s accounting data on production costs and revenues. According to the Commission’s analysis, from 1 July 2012 to 30 June 2019 (i.e. after the price increases) Aspen earned very high profits with such medicines both in absolute and in relative terms.

With regard to Limb 1 (excessiveness of profits), the Commission compared Aspen’s actual prices to the total costs of the relevant medicines including a ‘plus’ element of 23%, considered a reasonable profit margin based on the median margin of similar companies (so-called ‘cost-plus’ level). On average, Aspen’s profits exceeded the ‘cost-plus’ level by around 300%. This means that, on top of a reasonable rate of return, Aspen was earning significantly higher profits than those required to achieve the industry profitability level.

As to Limb 2 (unfairness), the Commission compared Aspen’s profitability with the profitability levels of similar pharmaceutical companies selling generic or off-patent branded medicines with an active substance similar to Aspen’s cancer medicines. The Commission identified that Aspen’s average EEA-wide profit levels exceeded (i) nearly 3x the average profit levels of a selection of similar pharmaceutical firms as well as (ii) the average levels of any of such comparator firm taken individually. Although high profit margins can sometimes be explained by the need to reward significant innovation and commercial risk, the Commission did not find any legitimate reasons underlying Aspen’s high prices and profit levels:

On this basis, and considering Aspen’s strategy to exploit the market power that it enjoyed, the Commission established the unfairness of Aspen’s prices “in itself”. Moreover, in reply to arguments put forward by Aspen, the Commission also went beyond the assessment of unfairness “in itself” and considered potential generic and innovative products as generally unsuitable comparators for assessing the unfairness of Aspen’s price levels.

The Commission found that the commitments remove the excessiveness of Aspen’s profit margins and the unfairness of its prices. In relation to Limb 1, Aspen’s prices will exceed the ‘cost-plus’ level by, on average, 10-20%. According to the Commission, this margin remains within the range usually adopted by comparable companies. Moreover, with regard to Limb 2, Aspen will reverse the price increases by bringing the average prices of the products significantly below the prices it offered back in 2012 when it started its price increase strategy.

The key question in excessive pricing cases is to determine what exactly constitutes an “unfair” price. In this question, the Commission seems to take a very pragmatic and hence efficient approach in the pharma sector: Like on national level, the Commission also focused on a significant price mark-up of off-patent products, thereby avoiding the delicate question of how to assess R&D costs in the sector. The Com-mission ends the investigation by means of commitments rather than a fine. This not only speeds up the procedure and reduces the risk of litigation, but also allows the Commission to actively steer the future distribution and pricing strategy for the products at hand with significant and long-lasting commercial consequences.

The present decision is a clear sign to pharma companies contemplating to make use of regulatory and reimbursement loopholes in their pricing of niche products. In line with its landmark decision in AstraZeneca in 2006, the Commission remains firm: The mere fact that the regulatory framework does not prevent a certain unilateral behavior (here: aggressive price mark-ups) does not give dominant pharma companies a free pass to make full use of such regulatory options. A revised pricing strategy for dominant pharmaceuticals should take this carefully into account.

This publication is intended to highlight issues. It is not intended to be comprehensive nor to provide legal advice. Any liability which might arise from the reliance on the information is excluded. 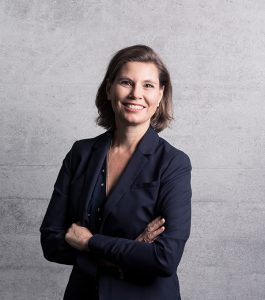